You are here: Home / Real Estate Agent / Market Conditions Update From The Desk of Scott Roat

Mendocino is where I want to end up. In over 15 years as a broker on the Coast, that’s the number one most common thing I’ve heard when people walk into my office. They’ve been coming up for 30 years and this is the end destination. People seem to be working their way toward this beautiful area.

Add to that that many couples have gotten engaged here, married, renewed their vows, or enjoyed an anniversary getaway, there is an alluring mystique that is just beyond words in this romantic and rugged coastline.
One of the things that has made the Mendocino Coast just beyond people’s reach is that it’s a little far and has been hard to find work here. The remote location has typically meant that one really has to want to be here, and that has meant a cut in pay or even a change in career direction. People have had to be inventive, resourceful, and carve out a path – and it was often worth it. Now that there’s a robust Internet and adequate connectivity, working remotely has become even more realistic.

Then, in 2020, COVID-19 reared its head and something no one much thought about suddenly affected everyone. Who knew? Many businesses, if they were able, adapted fairly readily, and allowed remote work-from-home scenarios. It only made sense – less liability, less time spent commuting, and now less exposure to a potentially deadly virus. Company after company adapted and some even said, you don’t ever need to come back into the office.

As soon as Shelter in Place lifted, the real estate market on the Coast shot up. People were shopping real estate from their homes apparently and wanted out of the cities. Who could blame them? The concentrated urban areas meant compaction with many other people. Often, the housing in the cities were smallish flats at exorbitant prices, and staying at home was causing folks to go stir-crazy.

Then the summer hit, and the intense inland heat pushed people out of the valley and toward the instant air-conditioning of the Coast. More and more escapees decided they needed a second home here, or to move altogether.
Oh but wait, and then there are fires, and California is burning again – 500 fire incidents marred our golden state. If you weren’t actually run out of your home with a go-bag, massive plumes of smoke seemed to suggest leaving soon would be prudent. Suddenly masks didn’t just keep a microscopic virus out, it also kept out particulates found in smoke. 2020 became a year of breathing and the extra ion in the ocean air became a thing.

In response, the tech industry suddenly became more decentralized, and much of the Bay Area was suddenly working remotely – with that, why wouldn’t you work next to a beautiful Mendocino coastline?

Housing inventory on the Coast went way down as people purchased almost sight-unseen. It’s not a perfect Seller’s market, as overpriced homes can still languish, but almost every home that’s reasonably priced has found a ready buyer.

It also looks like we are headed toward an inflationary period, and so bank accounts are being liquidated, and many buyers are showing up, cash in hand. Multiple offers are becoming more common. Buyers already know much about the property they’d identified and were ready to act, often even before contacting an agent. The idea of remote living was more palatable with every passing day.

Presently, homes on the market on the Coast have many eyes on them. I just had a home go into contract just before it hit the MLS; a neighbor had told them and they were fast – which is what was needed, as 10 others said they want to be alerted if it falls through.

It appears we are in the middle of a big shift into rural areas and the trends suggest a major change in how we live. For now, anyway, a simpler lifestyle with the raw beauty of nature is being factored into how we live our lives and sculpt our careers. I imagine the Coast will change as more and more discover its unique beauty. 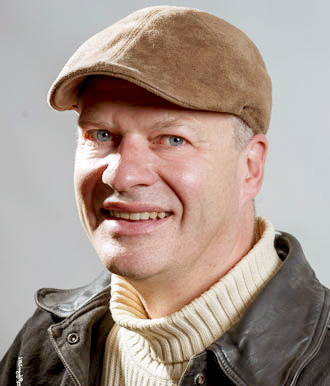 "We very much appreciate the service you provided to us. You anticipated needs before they hit and made the process so smooth for us. You also kept our... continued"
- Jim and Cindy Plank
All Testimonials
What's Your Home Worth? Free CMA